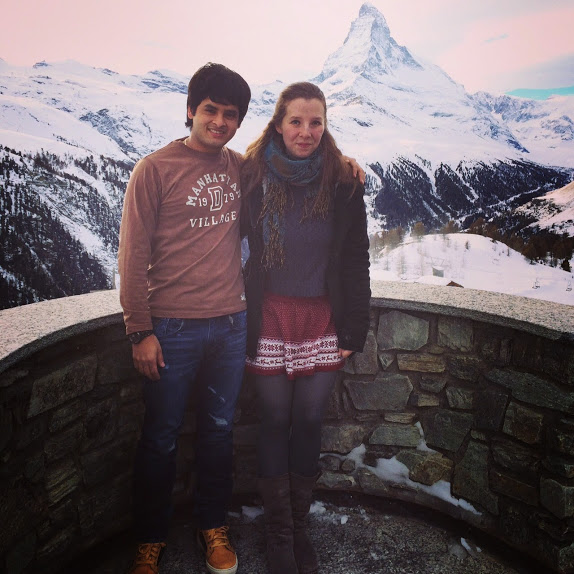 Yesterday my Honduran host brother arrived in Switzerland, and seeing snow was on the top of his bucket list – after all, what is Switzerland without snow?! So I took him.
Two hours away we found it (he was delighted) and we also found the Matterhorn, a famous Swiss mountain. It’s not that astonishing that we found it, considering that we went to Zermatt with the sole purpose of seeing it – and the snow! And now is my ime to confess: I’ve never consciously seen that mountain before! It’s so gorgeous! It has it’s own chocolate – that’s how beautiful this mountain is! Eating Toblerone will never be the same again.