So last night, for the first time in ages, I had a sleepover at my place and I realised just how incredibly awesome sleepovers are! When you‘re a child you have to beg your parents to have your friend stay the night and when they finally allow it it‘s so special to be sharing your bed and to show off your pajamas and to hear each other snore, and in the morning you‘re dead tired, but you feel like somebody‘s poured a whole awful lot of glitter into your life! And then you grow up and you stop doing it because it‘s so much easier for everyone to just go home and slip into their own beds. We realise that we need our beauty sleep and that we must not feel too rotten in the morning and that we‘re not children anymore. But maybe we‘re just getting it wrong, maybe we should have way more sleepovers and pajama parties, because we‘re not children any more! 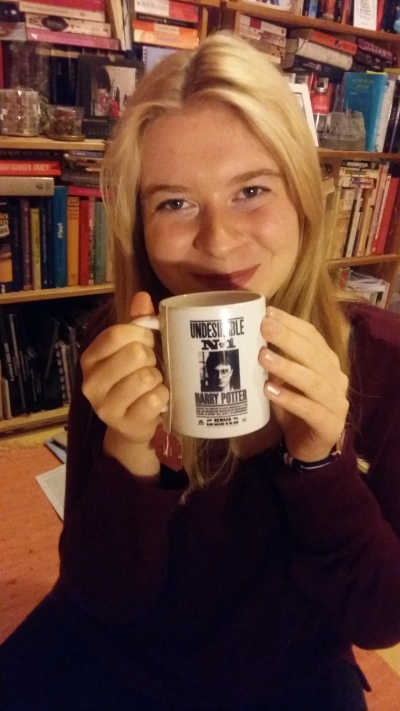 Samantha and I did the whole thing. First, we went to see Mockingjay – Part II in the theatre, and it was spectacular! We both cried. Then we had tea in my bedroom and we flicked through Tumblr comments on Harry Potter and marvelled about the Beatles, and we stalked Dan Howell on Instagram (because that‘s what you do when you‘re over 20!), and suddenly it was three in the morning.

To finish our little event off, we made brownies this morning and used them to create a brownie graveyard. Looking at it, I can only guess that I‘m going to die off a sugar overdose. As did obviously Voldemort because, kind as we are, we made him a biscuit gravestone. 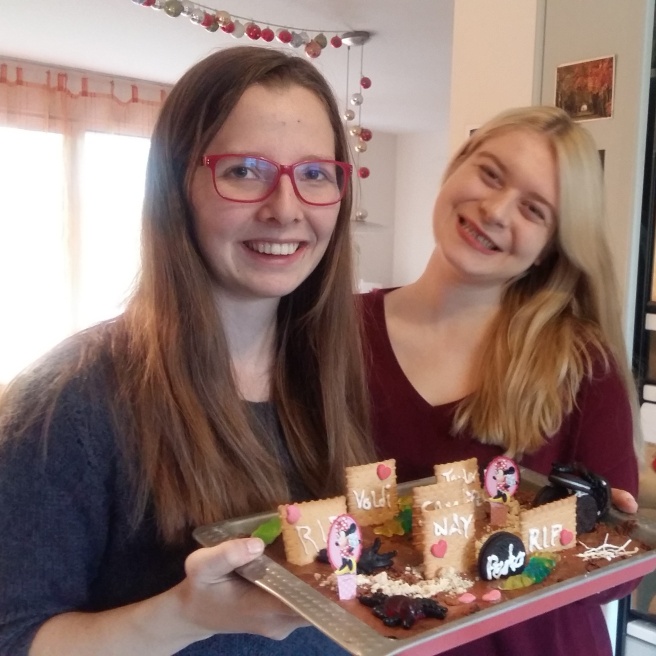 When I was little I used to think that the only reason to ever get a boyfriend would be to have sleepovers every night. And I think, to some degree, this is still how I feel about romance. Because isn‘t it the coolest thing to have someone you can talk to all night and giggle yourself to sleep with?

It‘s only a short post today, but I shouldn‘t be writing at all – exams are coming up in just over a week and I have to get started on some serious vocab learning. Fun stuff.
Why did I choose Polish again?!

Anyway, tonight I‘m meeting up with the lovely Anna from Tiny Trinket to discuss Blogmas, which we‘ll be doing together this year. Look forward to being spammed, and tell me if you‘re blogging excessively during the Christmas season, because I want to read some festive posts!

Ps. not gonna lie to you, we’re meant to be – just pure soulmateness (c’mon, look at that pose!)

4 thoughts on “The Sleepover”