This is a poem I wrote some time ago. It’s still a bit rough around the edges but I decided I’d share it anyway.

Everyone is talking of resolutions, but I think
Next year I am going to have a revolution.
I don’t plan to overthrow the government
Or to demonstrate in discontent.
And I won’t consider what it meant
That Trump became a president.
Instead I am going to revolutionise my own heart
And bring myself a fresh new start.

I will read all the books I bought
So long ago somewhere abroad.
Finally I’ll fight alongside Enjolras,
and Marius and Jean Valjean.
I’ll have a Russian winter with a doctor called Shivago
And I’ll hang with Harry Potter (like I did ten years ago).
I will read only what delights me
I will find joy in the pages that find me.

My own greatest oppressor am I myself.
The dictator of me could be no one else.
But I want to overthrow this government
And demonstrate in discontent.
And I will not be afraid
Of life and love and the things I said.
I will do what makes me smile
I will leave what has made me cry.
I am going to revolutionise my own heart
And bring myself a fresh new start.

I have just seen Mockingjay, and I’m still, like, wow! I mean I can’t even… it was just…! Wow! Ten minutes in I started crying and now it’s 1:27am and I can’t go to sleep, because…. wow!
Actually, I don’t ever want to see this movie again. It’s really good, but it’s also terrible! Have you ever watched a documentary on Stalin’s Russia? Same thing!

There is a huge hype around the Hunger Games series and I think there’s two aspects to consider. One being the credit that is paid to the author. Suzanne Collins is a brilliant writer, the stories have so much depth and character, and the adaptions are genuinly good movies. I would definitely have to say that she deserves every bit of the success. But the other side to the hype is teenage girls obsessing about Peeta and Gale and trying to copy Katniss’s style in order to be more like their idol. There is so much merchandise out there, Mockingjay pins to put in your hair or use as a bracelet or pierce through your ears, T-shirts saying Team Peeta, T-shirts saying Team Gale – even T-shirts saying I love District 12! I realize of course that this is how every movie business runs – if you want to make decent money you have to be popular. But still I find this hype very disturbing.
The superficial story of The Hunger Games ist hat every year twenty-four teenagers are thrown into a reality TV show that is broadcast live and their only goal is to be the last one standing. The real story, however, is that of a government repressing its own citizens and killing off any sort of opposition. I’m not sure how many people trying to braid their hair the way Katniss does it actually see that Panem is not a fictional place. There are plenty of countries you could easily call Panem! 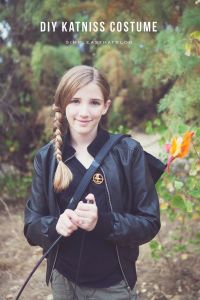 The new movie starts off with the government showing a video of a bunch of so called traitors being publicly executed for socialising with Katniss; it’s a strong scene and people will do their best to remember that it’s just a movie and live happily ever after. Except that it’s all true. There’s children sitting in death cells right now. There’s a girl who was shot – simply because she wanted to go to school!
And as for President Snow, he is very alive, too. Egocentric old men with an insatiable hunger for power – they rule the world! We still have dictatorships, they didn’t stop when Hitler died. It’s so easy for us to believe that the world is whole and that we don’t need to worry about anything. Because we don’t have to. We can just go to the cinema and get angry at the Capitol for enjoying the Hunger Games without realising how brutal they really are. But we are watching the same brutal thing. We think it’s mean that the Districts have to provide the Capitol with food and raw material while the people are starving. We think it’s terrible that the Capitol refuses to see the truth. But I think what is even more terrible ist he fact that we, too, refuse to see the truth. And the truth is that we are the Capitol. We are the people watching. So long as the only thing we care about is how we can make ourselves look more like Katniss we are exactly what she isn’t. We should care that students were abducted in Mexico for being students or that a fat little dwarf reigns over North Korea or that in Irak women still don’t have access to basic human rights. That’s what should get us angry and upset – not the fact that Katniss’s inflammable dress isn’t available for the school’s christmas party.

“What I need is the dandelion in the spring. The bright yellow that means rebirth instead of destruction. The promise, that life can go on, no matter how bad our losses.”

I think Katniss is a great heroine, because she’s not very likeable, but she’s very authentic. She wants to survive. That’s it. Just a furious girl with a weapon that wants to live. And in spite of it all she gets people to believe in themselves and in their own power; I like the element of hope that so strongly underlines the entire plot. And that’s what we’ll have to take from the story – that we are never helpless. A system is changeable if people have the will to fight for a future. 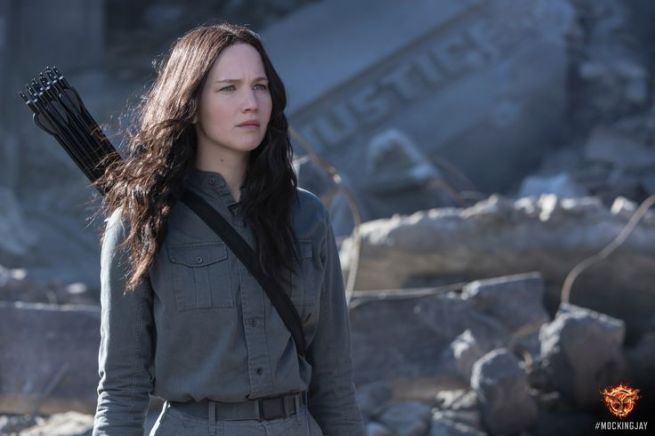 I think you get my point. And please, don’t feel guilty for styling your hair! Just as long as you care. Don’t fight in a revolution unless you really want to, but care! Care that you have a good life and care that others don’t. Care beyond looks. It’s a bit like Dr. Seuss said in The Lorax:

Unless someone like you
Cares a whole awful lot,
Nothing is going to get better.
It’s not.